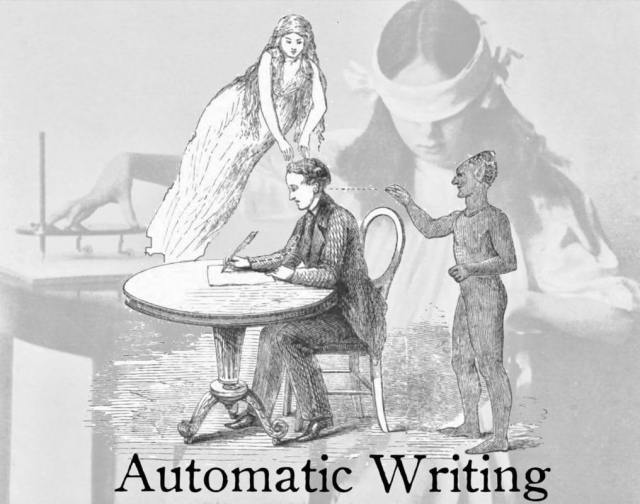 Automatic writing or psychography is a claimed psychic ability allowing a person to produce written words without consciously writing. The words purportedly arise from a spiritual or supernatural source.
I don't engage in automatic writing, although it sometimes feels like it.

I often don't know where the words come from... that seems like a startling admission for a writer to make, but it's true. Although I'm a plotter rather than a pantser when it comes to my writing, I sometimes end up surprised by what comes out of my brain through my fingers.

A week ago, I wrote a section of the novel I'm working on, a mystery, in which one of the protagonists related a story about his maternal grandfather and an odd encounter with a polar bear in Iceland to a pair of tertiary antagonists. I enjoyed the story as it came out and found its home in my story (a meta-story?) but had no idea how and why it would fit.

Often, when I'm writing a first draft, I don't worry about the how and why, or even if, it fits. I've got a general framework of the story in notes and on my working storyboard, so I feel free to let my mind wander a bit within that framework and am usually pleased with the results; when I'm not, when it doesn't work out, I can always chop the offending, or oddly fitting, piece. 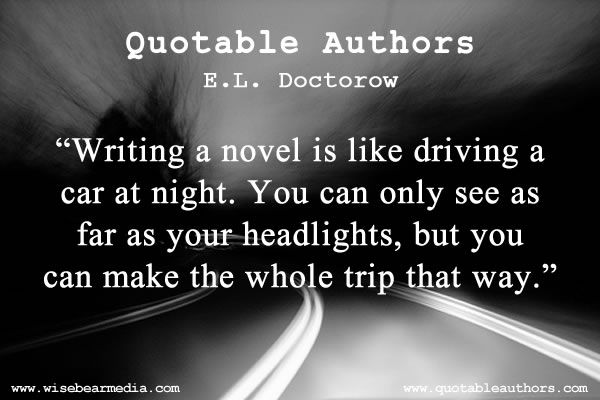 In this case, though, I really had no idea about the transition from the story my character had related back to the flow of the larger story in which that character was operating/existing; so I put that part of the novel away, and worked on other things for a few days, hoping that it would come to me eventually.
Sometimes it does, sometimes it doesn't... there have been times when I had to prune a whole section from my work because the transition to the next part never came.
Luckily, the connection came to me yesterday, although I didn't know it when I sat down to begin writing. My wife and I are on the Maine Coast for a few days, and she stayed down at the beach after our morning walk along the low-tide line while I poured a third cup of coffee, started Spotifying with some classical guitar noodling, and opened up the gDoc. 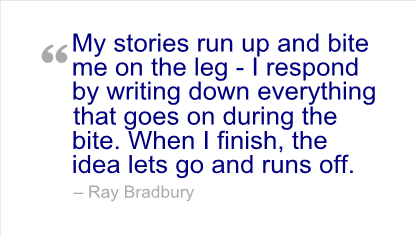 The words started pouring out, rushing through my fingers, Elmore (the protagonist) explaining the connection between his story and the story he was in to both me and to the Scozzofava cousins (the antagonists) at the same time. It felt like a nearly perfect fit (like everything in the first draft, it'll take some polish in subsequent drafts, but it felt right).

I wrote for four hours, minus breaks for coffee input and outflow, and then the words slowly trickled to a stop. The encounter, which is critical for a lot of the closing of the novel, had come together better than I had hoped, and after setting up the next chapter, my brain signaled my fingers that we were done for the day.
When the writing comes as a surprise to me as it flows out onto the computer screen, it can be a temptation to attribute it to the supernatural, but I think there's an easier, and more rational, answer.
I believe that parts of my brain I'm not fully aware of, not fully in control of, have been mulling over the story while I read and write other things for a couple of days; that the part I refer to as 'my backbrain', which I think of as a tiny attic-space in y skull in which a little old man wearing one of those old-timey banker's visors sifts through boxes of papers and photos and write notes to me in calligraphy using a quill and emerald-green ink, is always working on the story.
I love being surprised by what the guy in the back of my skull has to say, and love the interplay between my conscious and subconscious (or unconscious), and what they think about the tale the three of them are spinning in our first drafts.
It's not supernatural, but I'm not convinced it's not a kind of magic.

Posted by Jamie Sheffield at 9:53 AM