I've been doing a fair amount of both reading and writing since the publication of "Caretakers" at the beginning of January.

I set a reading goal of 24 books for 2014, and I'm already about halfway there. I've been reading a mix of fiction and non-fiction, and am enjoying the exploration of writer's I've ever read before.

I've been giving myself permission to write more poetry since January 1st ... I'm not a poet, but enjoy the outlet and freedom it offers me. I've also been working on the next Tyler Cunningham novella, tentatively titled, "Dogfight", which has been an interesting mix of research and mapwork and planning and writing. It is set in the months after the action of "Caretakers" takes place, and looks at the current state, as well as the origins, of, Tyler's relationship with Dorothy. At the rate I'm going, I anticipate it being 25,000 to 30,000 words long, and hopefully ready for market by early April. 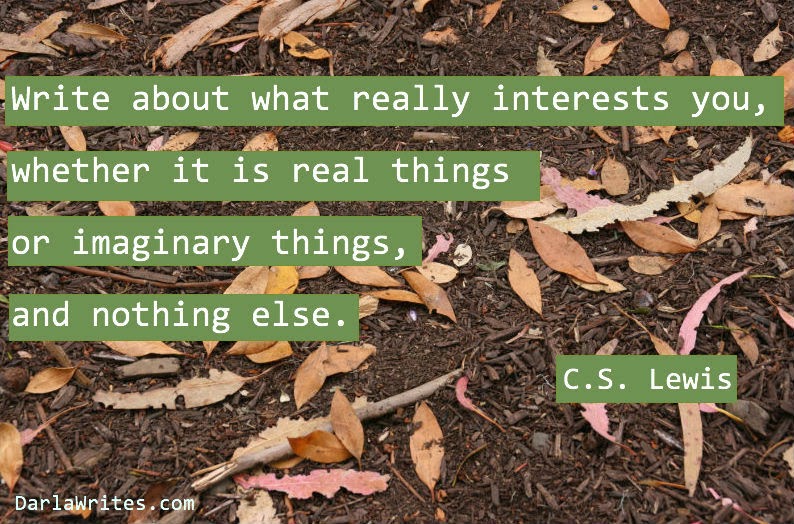 An interesting side-effect of the amount of reading and writing that I've been doing is that it seems to prime my creative pump, resulting in numerous other projects clamoring for attention and time. 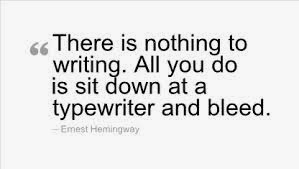 Thanks for reading and enjoying and writing reviews!

Jamie
Posted by Jamie Sheffield at 10:10 AM No comments: 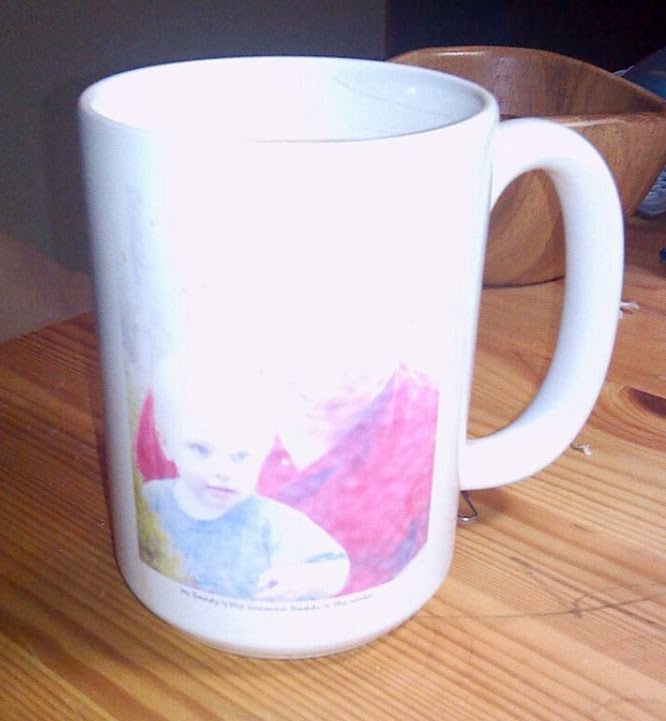 It came in the mail nine (ish) years ago,
like a bill or a jacket from Lands End;
basically unwanted, but necessary ... something people do.

"My Daddy is the Greatest Daddy in the World!"
pressure and a constant reminder of something I couldn't be ...
couldn't do.

I quickly forgot the words (had to squint this morning to make them out),
but kept grabbing the mug for my morning cup of possible.

The days and years, some good, some great, some less so,
have dimmed the image on the mug;
I can still see it perfectly each time I pick it up though.

My thumb, my lip, the dishwasher, maybe even ambient light ...
all of these things are stealing the picture from my mug
(but won't ... can't steal it from my mind).

My current plan is to live forever (it's working so far),
and I envision a perfectly blank, white, mug
1000 years from today, from this morning.

I will still see a happy and trusting boy,
a loving, scared, hopeful father ...
and remember.

Posted by Jamie Sheffield at 8:52 AM No comments: 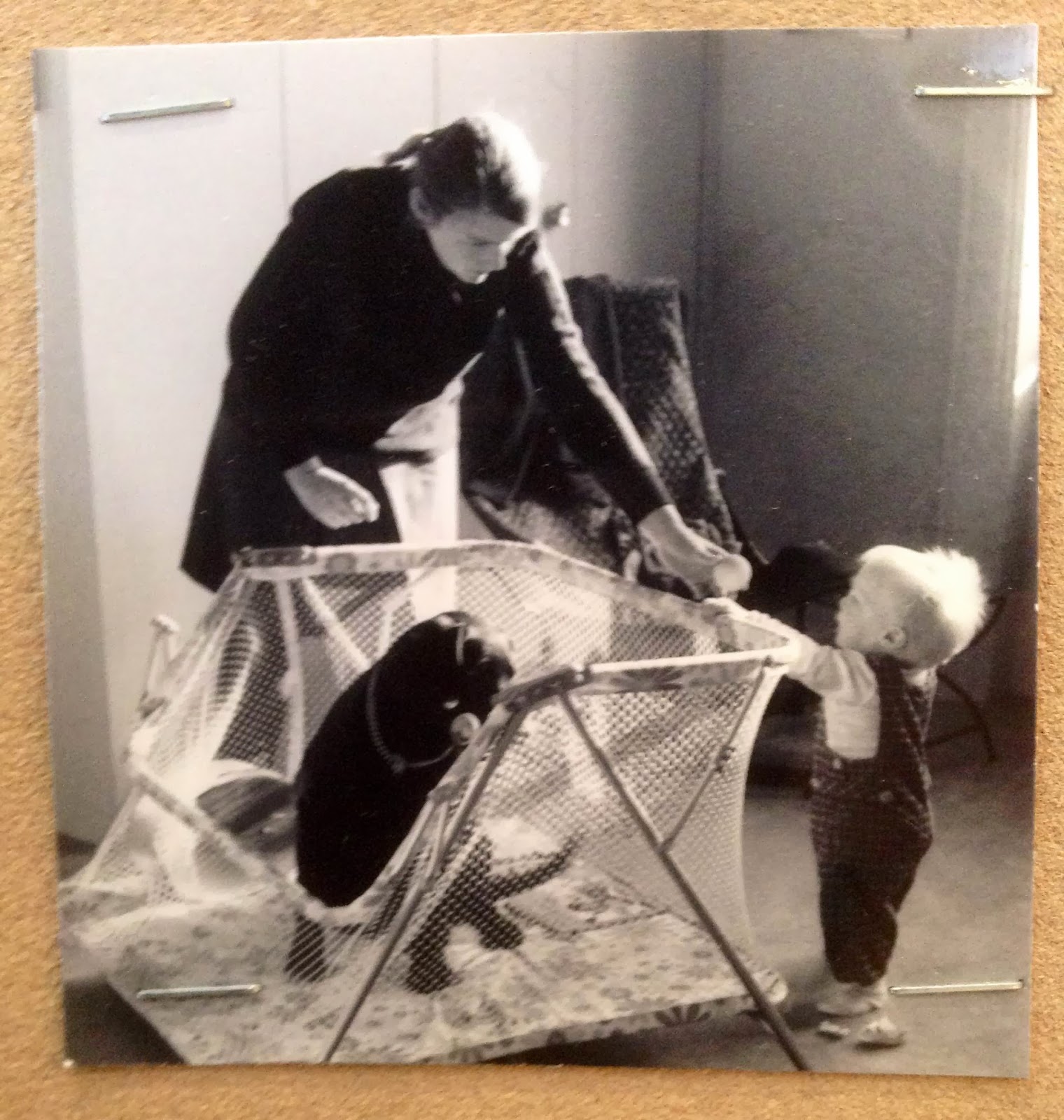 She came home yesterday,
like once I came home: sore, tired, scared, needing ....

I can hear her in the other room, sleeping, breathing, dreaming,
making noises that I try to file as happy or hurt.

A lifetime (my lifetime) of shielding and loving and nurturing,
at what cost to her dreams and wants and wishes.

Food, messes, laundry, worries about the dog,
all of it flipped on end ... in the end.

I'm angry ... at her frailty or fragility or looming mortality,
(don't know which ... maybe all, maybe more)
how dare she be so strong for so long, and only now be ... human.

I want my mommy, need her,
but now, somehow, she needs me.

Posted by Jamie Sheffield at 12:58 PM No comments:

with Jamie Sheffield and Tyler Cunningham 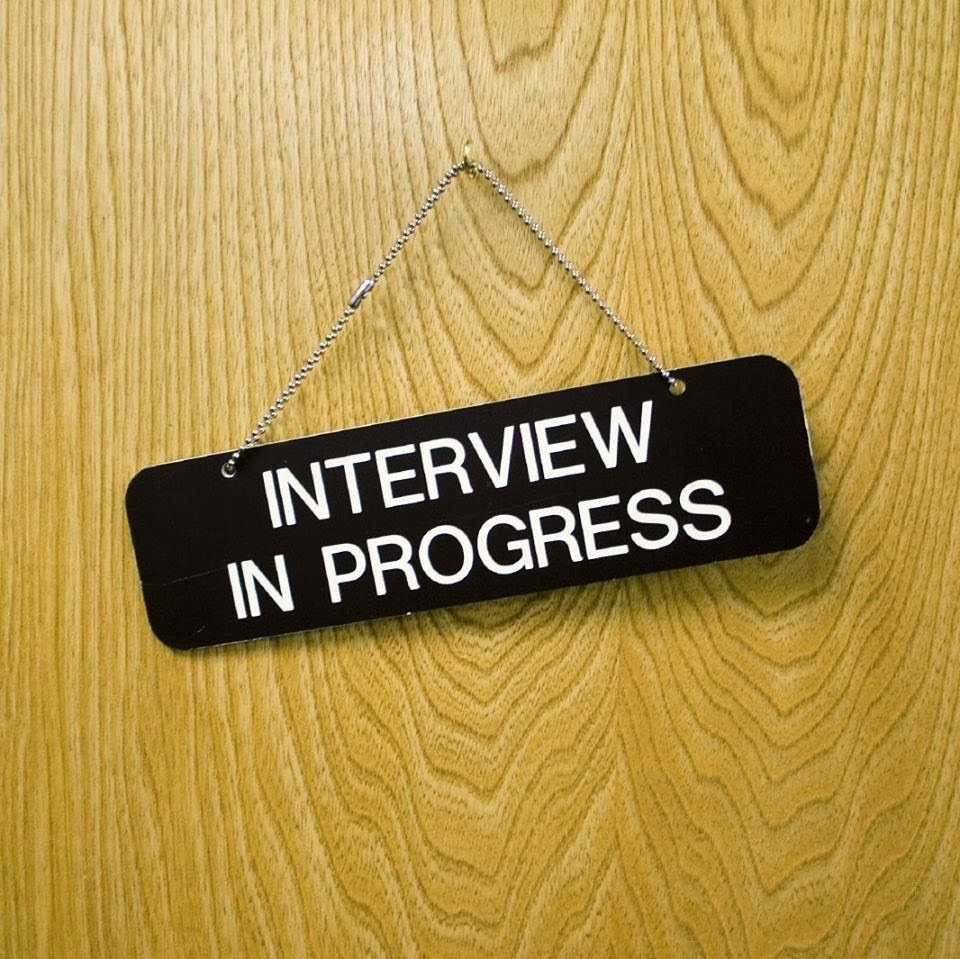 Recently I asked readers to send in questions to me and/or Tyler, for an interview on my blog with us … grab a cup of coffee or an ice-cold Canadian Coke (whichever you prefer), and dig into the results:

Q: Is Barry going to show up occasionally in future stories? I enjoyed him in "Caretakers."

Tyler: I think that Barry will continue to live back in the lizard bits of my brain for some time to come … if not indefinitely. I hear him speaking/muttering with some frequency, but had not seen him since the summer … until recent events appeared to call him out of retirement for a few brief face-to-face discussions (which diminished in frequency once things began to resolve).

Jamie: I hope so. He was supposed to be a blip on the radar in the last book, “Caretakers”, but took on a larger role as writing progressed. I find him to be an interesting character in his own right, as well as being an unusual part of Tyler’s make-up.


Q: Tyler's take on politics in general, any use for it?

Tyler: Mickey Schwarz used to sing snippets of songs as commentary on current events when I was a child, and one that I remember (I remember all of them, of course, but this one in particular) him using in the context of politics with some frequency was “meet the new boss, same as the old boss”, and numerous other quotes from what I found was a song by The Who, “Won’t Get Fooled Again” … politics are something that happen outside of me (and human individuals in general), and my voting (which behavior I don’t engage in, by the way) would have as much influence on them as choosing a TV station to watch the weather forecast does on the weather.


Q: Jamie, in what ways does Tyler surprise you? Do you ever worry about what the future may hold for him?

Jamie: Tyler surprises me constantly. I often think that I know what he’s going to do in a given situation (having worked out outlines well in advance), only to be surprised with what he actually does, once the writing begins to flow.


Q: Does he fear being known? or is fear not part of his psychological make up? If not, then why leave NYC post 9/11, too sad?

Tyler: Fear isn’t the issue so much as anticipated rejection. All of my life, the more people get to know me, the less they trust me (and the more they fear me). It is far easier to try and fly below the human world’s radar than to try and appear normal or constantly explain who/what I am to people. Manhattan is/was the site of multiple and ongoing failures in my youth … failures to establish and/or maintain normal relationships with my human peers. I feel fear, as every sentient being does … albeit more as an avoidance response to stimulus likely to lead to negative outcomes than being scared in a more traditional ‘human’ sense. I left Manhattan after 9/11 because nearly every reason (save Mickey) for staying in such a densely populated area was gone. I could/have/will continue my education and life outside of Manhattan more easily than within it.


Q: Did Tyler show signs of these detecting skills when he was still living with his parents? Will there be any backstory about his upbringing?

Jamie: Tyler has always had an eye for details that other miss, or process differently. I anticipate another novella involving Mickey, and a few others from the childhood educational collective, that will bring Tyler back to NYC, and likely involve an expansion of the backstory surrounding his childhood.


Q: Will he respond to a heartfelt hug from a friend, ie: Mickey, or the girl/friend (Dorothy) from the Shelter?

Tyler: I permit/tolerate hugs and handshakes and shoulder-pats when necessary … when it is easier to do so, than to avoid them. A select few people who feel that they are close to me (Mickey, Meg, Dorothy, Maurice) will on occasion initiate physical contact … out of politeness/respect for their feelings, I respond appropriately (albeit as briefly and minimally as is possible to avoid encouraging future/increased physical contact insofar as I am able).


Q: Does Tyler ever venture into NYC, and if so, how does he respond to its energy?

Jamie: Tyler has been down to NYC twice since he left, late in 2001, both times to visit with Mickey and his family. He has mixed feelings about the city, as it is ripe with learning opportunities for him, offers a curious form of privacy that is lacking in a small town like Saranac Lake, but mapping the ever-changing physical and social environment is a daunting challenge that he, so far, chooses not to engage in. Again, I see a novella in the near future that involves a trip down to NYC to delve a bit into that part of his past, along with trying to help secure the future for some of those people he knew pre-9/11.


Q: Can a person live forever hugless, will Tyler learn emotional attachment at some point?

Jamie: Tyler has formed numerous emotional attachments in his new life up in the Adirondacks; they’re just different than the attachments that other people form. In his way, he cares about Hope and Mickey and Dorothy, and the others in his immediate circle. I believe that he will continue to grow and change, as we all do, as he moves through his life; but don’t see him evolving into a person with emotions like (most of) the rest of us have.


Q: What will Tyler do with the dog when he's winter camping? Does Jamie winter camp with his dogs?

Tyler: Hope normally goes to stay with Dorothy when I go camping in the cold months … especially if it is below 20 degrees. Her joints hurt more in the cold (also, she doesn’t enjoy plowing her short body through the snow).

Jamie: My dogs, Miles and Puck, do not go winter camping with me. I’ve tried it, but they won’t join me in my hammock, and without a tent to act as a barrier between us and the rest of the woods, they are too nervous and stimulated to sleep, so they stay home with Gail when I go winter camping.


Q: Would Tyler ever watch television, and if so, what shows intrigue him and why?

Tyler: I watch movies and television shows, but not 'regular' television (I can’t abide commercials). I find that I watch science fiction and mystery themed shows/movies more than anything else … I like the science as well as the procedures/solutions in these stories. Dorothy and Meg and Frank watch a much more broad range of shows/movies than I otherwise would … I consider it a fair exchange for food and their tolerance of me (and am able to replay books/movies I prefer in the theater of my brain if what they’re showing is boring). My biggest issue with the visual presentation of stories is (and has always been) that it happens so slowly … I am able to read much faster than actors can talk/move, and it is easier to skim in a book than with Netflix.

Jamie: Superior genetics, treating my body like a temple, and my own irresistible brand of interpretive dance!


Click HERE to visit the Amazon page of author Jamie Sheffield,
to access his stories about Tyler Cunningham.
Posted by Jamie Sheffield at 1:29 PM No comments: