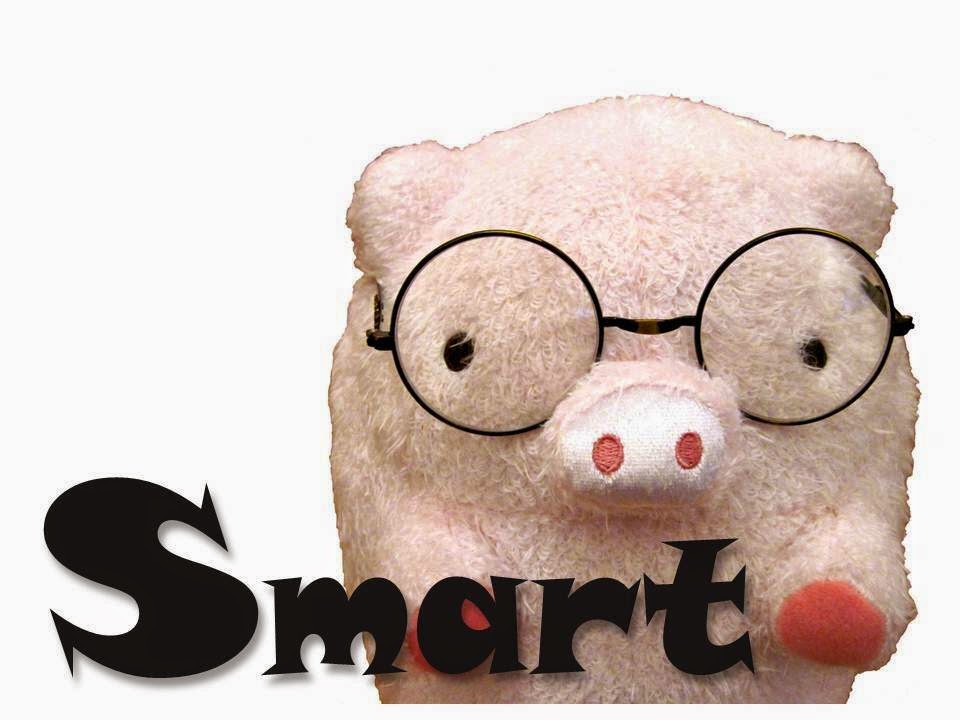 Now that the beginning of the school year is behind me, and the students and schedules are starting to settle, I  can start to focus some of my time/energy outside of the workday on my SmartPig business and my writing again.

I won't kid you ... a lot of the writing and editing process is supported/enhanced/maintained by my intake of coffee. Finding the correct balance between sleeping and shaking can be a difficult process. 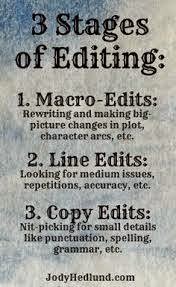 The first order of business for my autumnal writing is to edit the novel that I wrote over the summer. I'm filling in some holes in the first draft, in terms of scenes and characters and connective tissue that should help the story hold together and flow more effectively. Gail and I will be working on a series of major and minor edits for the next 6-8 weeks.

After that, we'll be sending the mostly finished work out to another editor for line/copy editing ... by that time, we've read the book so many times that we're snowblind when it comes to seeing any remaining issues. 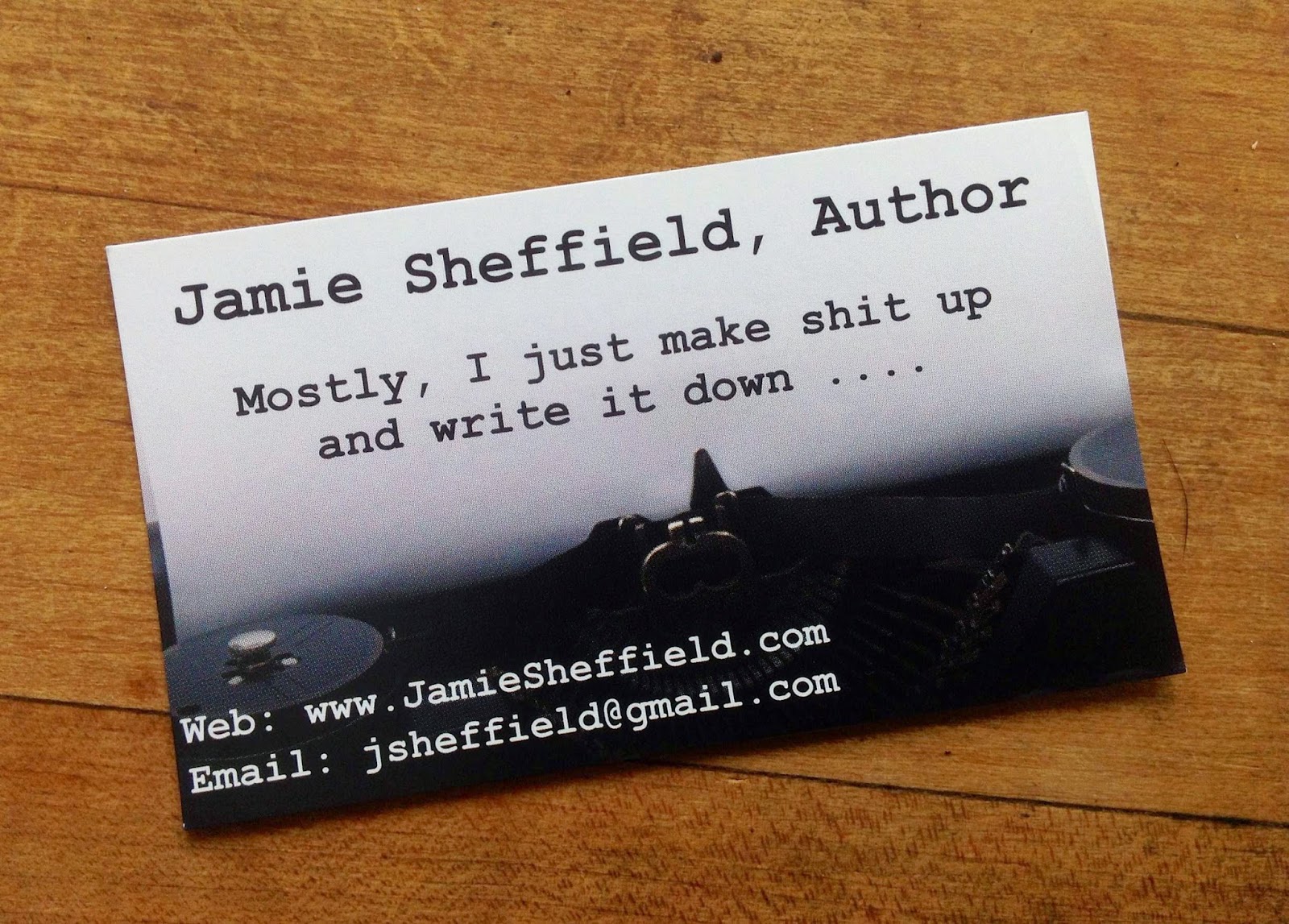 After the new novel is fixed and ready for publication (and maybe even a bit before that), I'll start working on 2 new projects: 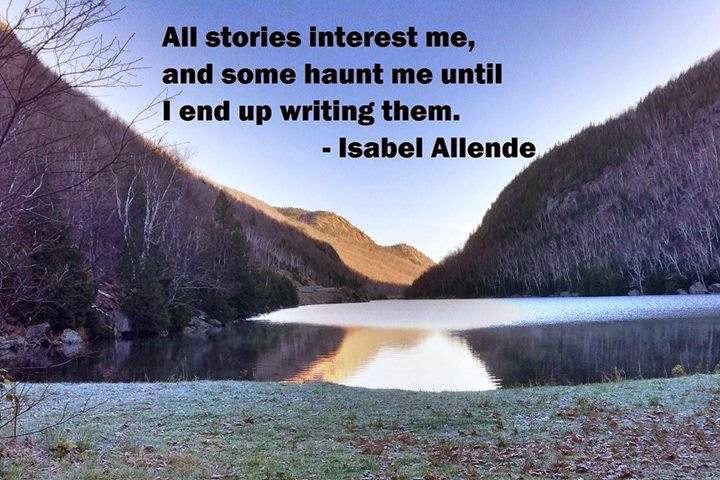 I'm interested in both of the new stories in my head, and can't wait to let them out to play, once I have the time and energy.

I've wanted to try my hand at serial fiction for a long time, and envision this project running for 20 to 30 installments of a couple of thousand words each. The protagonist lives in the lee of a glacial erratic in the woods between two small towns in the Adirondacks, and the story will see him discover some interesting and disturbing things about the places and people around him, while we also learn more about him and a shadowy group known as 'The Guides" in each installment.

The next Tyler Cunningham Adirondack Mystery (the eighth, an idea that takes my breath away), starts with the discovery of a body, and quickly progresses to much worse things. Tyler's semi-accidental involvement in, and exposure to, the investigation leads him to believe that this is not a random and isolated act of violence, but the work of a seasoned serial killer who may be operating, or based, in the Adirondacks. 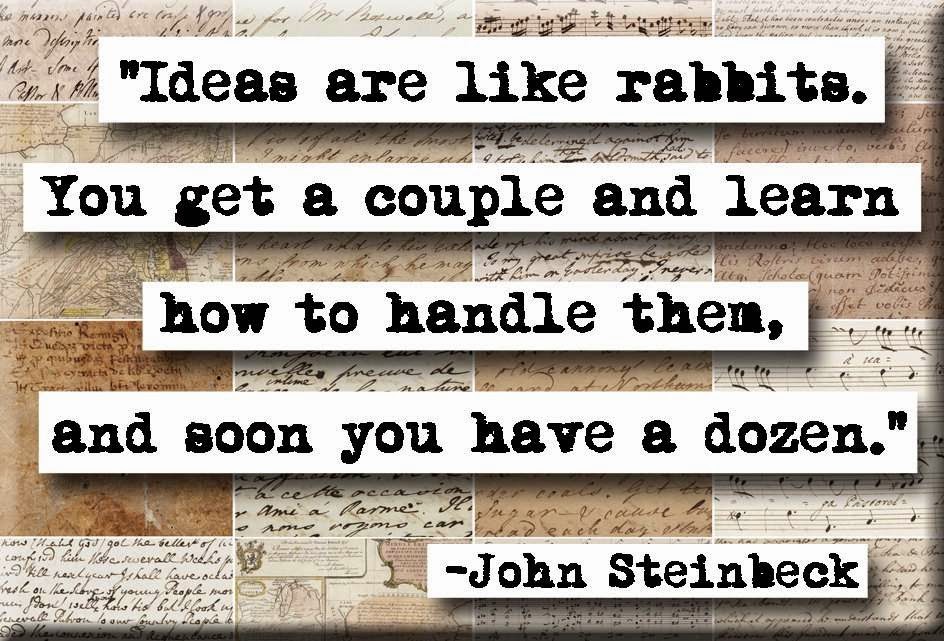 It's a wonderful feeling, to enjoy writing the stories, and to feel the ideas for them come with ever-increasing ease and speed. I have a system for taking/keeping notes now that allows me to keep track of the ideas and stories, and it seems as though the writing and planning all work together to establish and maintain a creative momentum.

A lot of the credit, and all of my thanks, goes to all of the people who have been so supportive of my efforts over the last few years ... I literally couldn't have done any of this without you. 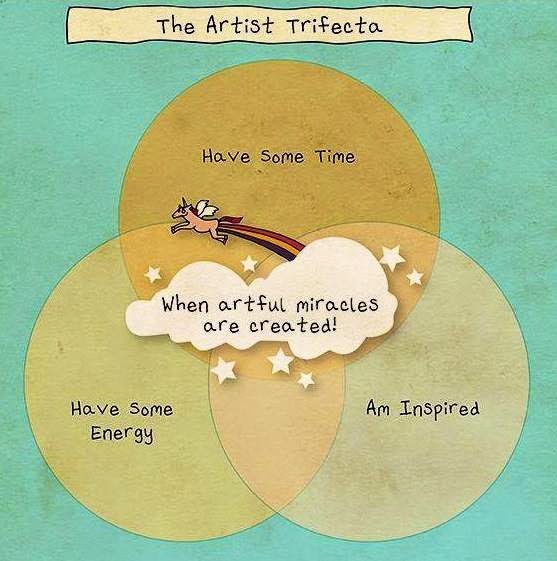 I had a fantastic week in sales last week (my best ever!) ... I sold over 500 copies of my books in the last 7 days! I hope that all of the sales translate into reading enjoyment on the part of those who bought the books, and that some of them translate into reviews on Amazon and Goodreads.

Jamie
Posted by Jamie Sheffield at 8:23 AM No comments: 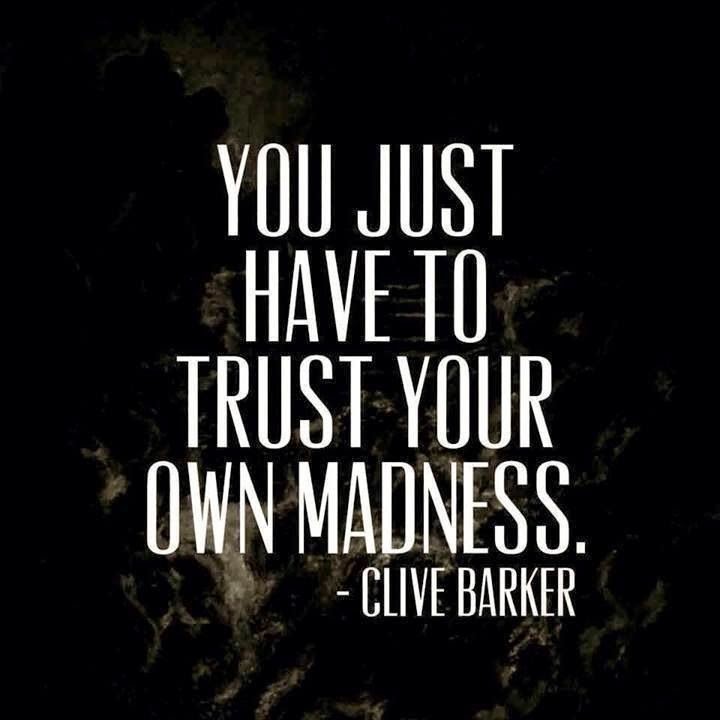 Two years ago, I had a very rough draft of my first novel written, jangly nerves, and was terrified that my dream of becoming a writer had been ridden out to the end of the tracks. I purchased this domain, put up a website, and started blogging (mostly to/for myself) because that's what I assumed authors do.

The fact that I paid for two years is telling ... I wanted to appear more hopeful than the guy who buys a one-year domain, but lacked the confidence to put down the money for five years. This morning, I renewed JamieSheffield.com for five years (I'd do twenty if that was an option). 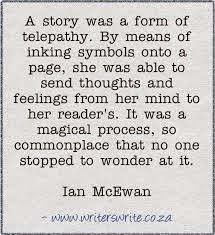 I had always loved (worshiped) reading, and dreamed of writing, but didn't take the leap until the summer of 2012, when I completed my first Camp NaNoWriMo with "Here Be Monsters".

I spent the fall re-writing and polishing and chopping and grafting my first novel, and went to print on New Year's Day of 2013. 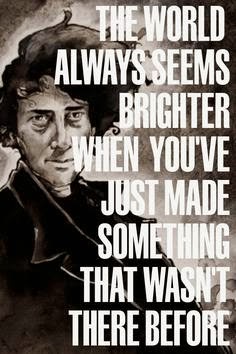 My world opened and changed when my first novel was delivered (in multiple senses of the word), and became part of the world community of stories. 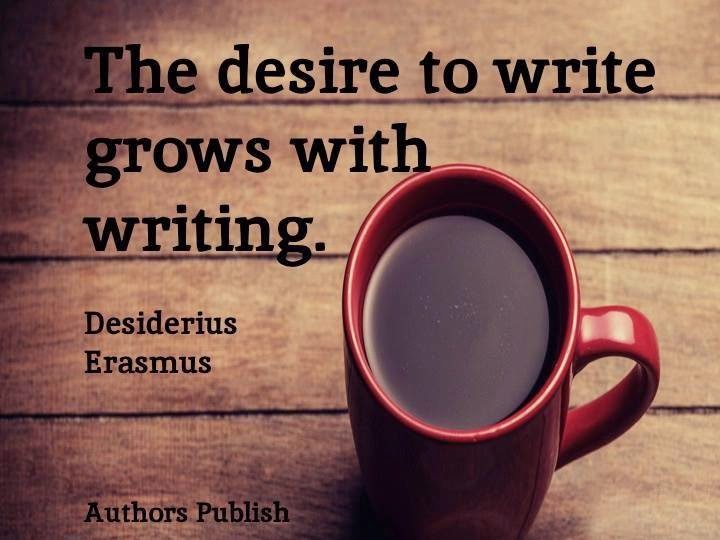 Once I had broken through the barriers (all self-imposed), and published my first story, ideas came to me for another and another and another ... my brain was suddenly full, and I went on to write "Mickey Slips" and "Bound for Home" during the winter and spring months. They were novellas, focusing on characters important to the first and second (and third) full-length novels. 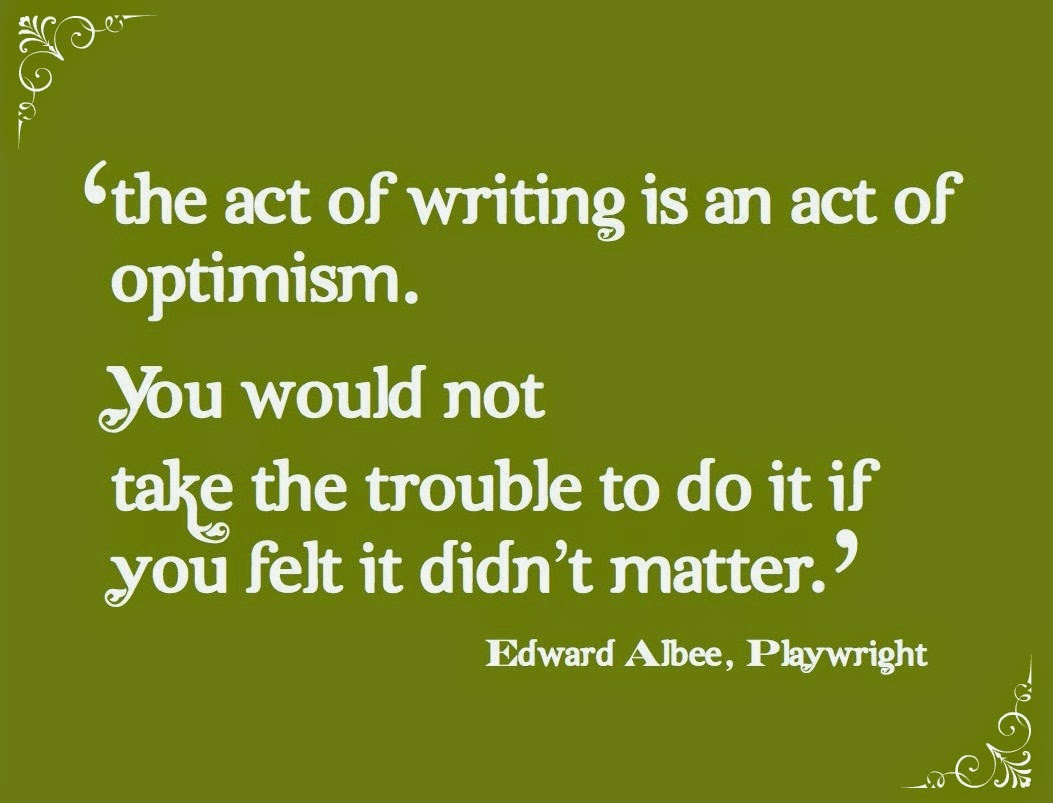 When the time started to roll around for the next Camp NaNoWriMo, I was nervous ... worried that I wouldn't have what it took to pump out another full-length novel (and/or that it wouldn't be any good). "Caretakers" came out better than expected/hoped though, and I'm in love with the story. 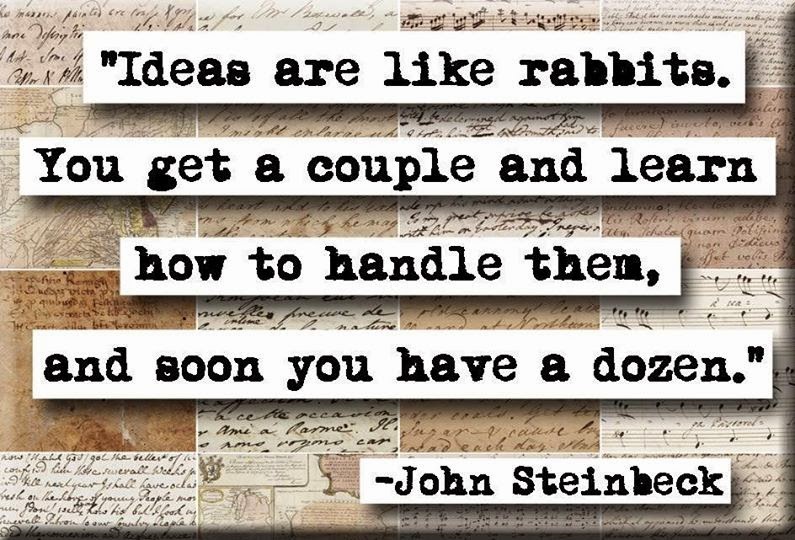 Following the same work-pattern as before, I worked on fixing up the novel I'd written in the summer during the fall months, and published the new novel in early 2014. I was able/eager/driven to generate two more novellas focusing on critical characters in my protagonist's world. "Promises to Keep" and "Fair Play" were both lots of fun to write, and gave me enough material to warrant publishing a printed collection of the novellas, "The Weaving", which came out at the beginning of the summer. 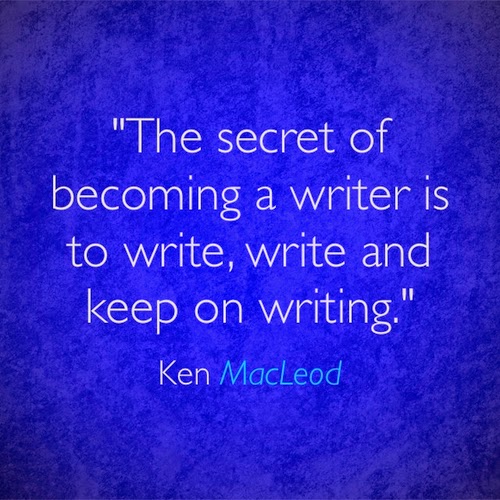 I knew the story I wanted to write over this summer, and am happy with the rough draft (although there's lots to fix before it's ready for publication, hopefully in early 2015).

I'm planning on shifting gears a bit for the school-year writing this year, and starting a project in serial fiction, which I'm both excited and nervous about ... more on that later.

I've had tiny bursts of inspiration over the last week, fragments of ideas coming to me at odd times, and am reasonably certain that I know the general storyline of the next Tyler Cunningham novel. 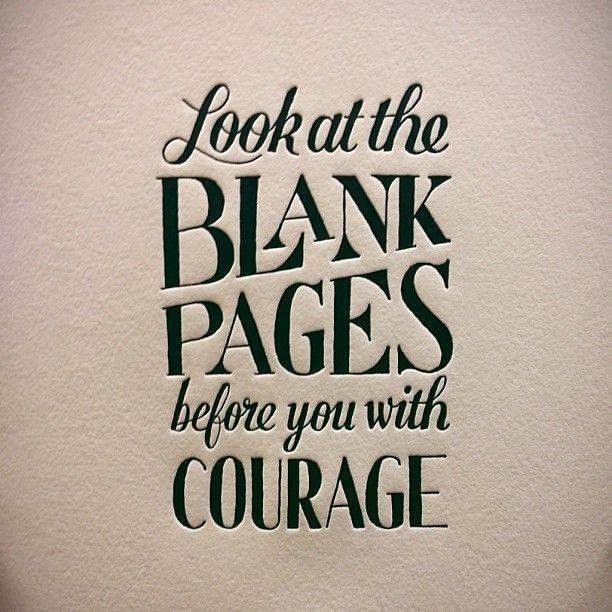 My point in today's blog is trifurcated (yup, totally made up that word): 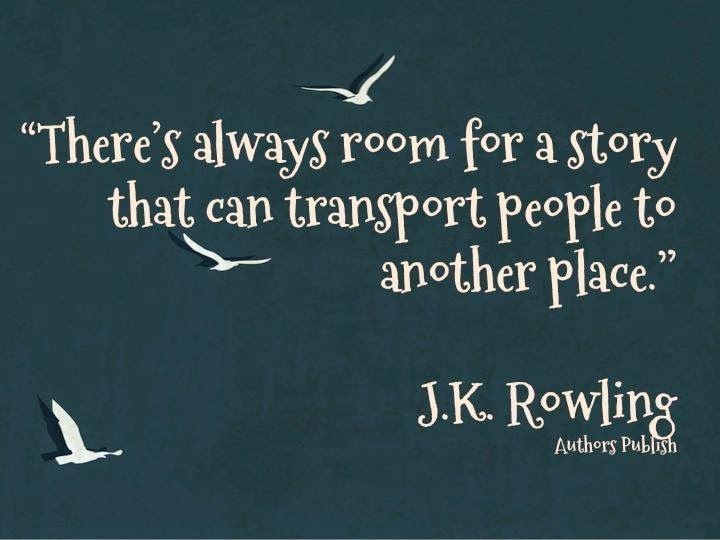 I love reading, especially good books (although I occasionally enjoy reading crappy books as well), and there's always room on the world's shelves for another story ... so bring it on.

Writing has given me an outlet and a playground for my imagination that I never imagined I needed; I couldn't stop now if I wanted to ... and I don't want to stop.

It's changed my brain, my soul, my family, my approach to what I think of as my 'day-job' ... my entire life.


(and it can do the same thing for you, if you let it) 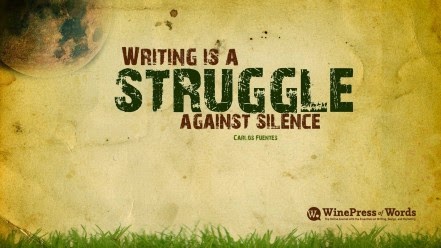 Posted by Jamie Sheffield at 10:48 AM No comments: