"The World Beneath The World", my latest novel 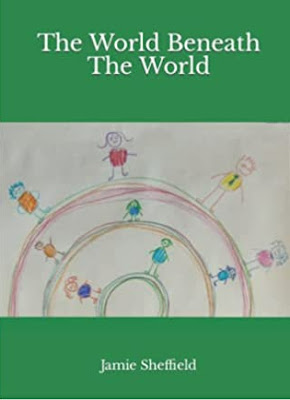 I'm really excited about this book!

I like the story, the characters, the world, and the possibilities stretching out ahead of me with this just-opened doorway.

I'm already working on the next book in the series, and looking forward to spending a couple of years, at least, sharing the adventures of Rafe and Elmore and Cora (and the tortoises that they live with).

By Amazon's reckoning, it's my 15th book (16, counting a collection I wrote a story for with some friends a few years ago), but WBW makes the 10th book that I can put on my shelf... there's something magic about a printed book.

10 books in 10 years... I'm both proud and intimidated by this achievement.

I've still got lots of books in me: 2-5 in this series, 3 more in the series of children's books I've been working on, and I've got another collection of short fiction in the hands of a few readers, to give me their thoughts on polishing those a bit more before publishing.

Beyond that, I'd like to try and write a horror novel, a cookbook of some of my favorite things to play with in the kitchen, and a book of essays on life with tortoises.

Posted by Jamie Sheffield at 9:02 AM No comments:

I read something about a new Amazon project about a year ago; I found it intriguing.

Kindle Vella offers readers serial fiction, with new installments becoming available on a regular basis. The first three installments are free to read, with subsequent installments "paid" for with tokens (Amazon gives you 200 to begin with, which should pay for 10-15 installments beyond the introductory ones). Amazon translates the tokens into cash through some formula that passeth understanding, but that's not necessarily the most important part (although money is nice).

I was attracted to the idea because I like serial fiction, and thought the pressure of writing and editing work for a weekly deadline would be enervating... it has been. 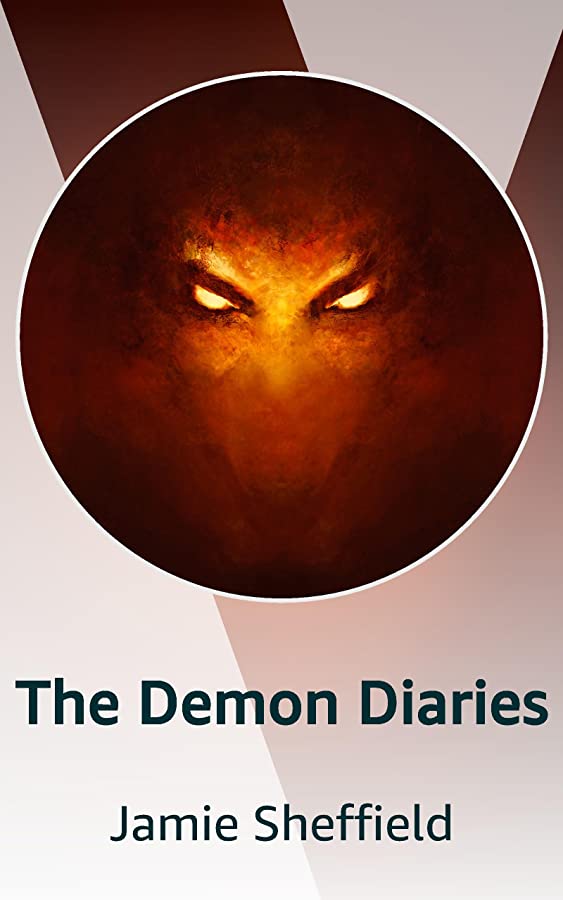 I'm working on three Vellas, the first, "The Demon Diaries", is set to drop the ninth installment this weekend. I've just started one that's being released under a pen name, and I'll probably get around to publishing the third one in a month or so, once I get used to juggling the two active ones.

I've been writing the chapters on one day, waiting a few days, and then editing them for publication the following week... the pressure of both sides of this process makes for a great writing exercise, and since they run between 600-2000 words per installment, it's not a massive commitment in time or effort to get the chapters out each week.

I've had pretty good read rates to date, but really I did the Vellas because I like to tell stories and this is a neat way to practice the crafts of writing and editing, with a deadline built-in for good measure.

The surprising thing, which I don't mind in the least, is the bonuses... I'm used to Amazon paying me when people read my stuff, either in physical books, bought or borrowed in Kindle format, or more recently click through the Vella installments... what I wasn't ready for was getting a bonus.

I got a tiny one for April, "meal at McDonald's" sized, which seemed generous because I'd only published the first installment of the Demon Diaries in that month, and hardly anyone had read it. I was more surprised by the May bonus, which was "fancy dinner out for two" sized, because although I'd had some reads, more came along in June, and I started the second Vella series in June as well. My hope is that the June bonus is even bigger than May's, but that's not why I'll keep Vella-ing.

I like the practice. I like the feeling of telling stories in a new way. I like exploring different characters and settings than I normally use, and visit, in my short stories and novels. I also like getting paid to tell stories; I like bonuses too.

I'd suggest that anyone interested in the idea do some reading and then throw your hat in the ring with a Vella of your own... I'll read it!

Posted by Jamie Sheffield at 5:38 PM No comments:

My Ninth Book in Print!

This morning, just a few minutes ago actually, I hit the "SUBMIT" button to start my ninth book on its journey through the approval process at KDP headquarters (wherever that is). 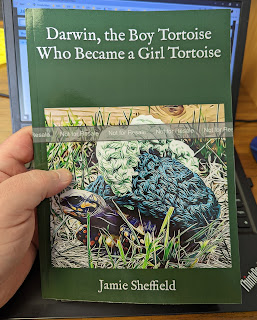 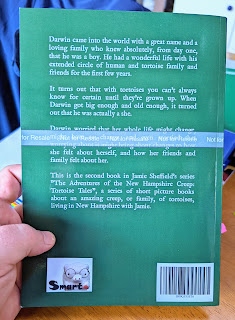 I'm excited about this, the second book in the series of children's books I've written and done the art for and published. 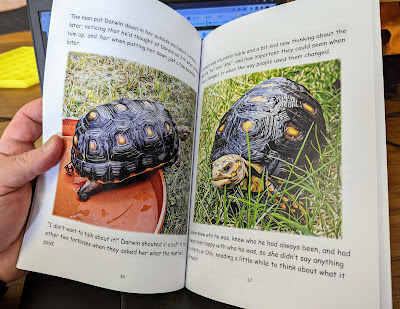 I've used photographs of the tortoises I live to help tell the stories. 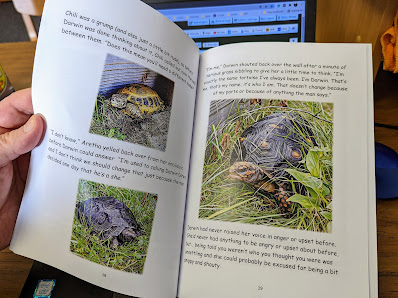 This story involves a Redfoot Tortoise named Darwin coming to terms with the fact that they might not be who and what the world expects them to be, working through a challenging identity issue with friends, and finally deciding that who they are is more important than other, strictly biological, factors in making you who you are. 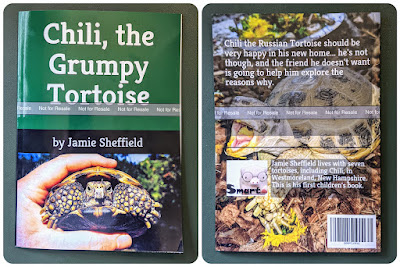 The first book was an introduction to Chili, a Russian Tortoise with a burning secret and a grumpy demeanor. Chili spends his life in a bad mood, and works through the reasons, his feelings, and his feeling about being grumpy all the time with his friend Darwin... finally coming to the conclusion that maybe it's all right to not always be happy if that's not how you feel.
I love living with tortoises and exploring some of the challenges that everybody deals with through these children's books; I look forward to the next book in the series, which will feature Aretha, a very large Asian Mountain Tortoise.
All of my books can be found on my author page on Amazon, my own Buy Stuff Page, or by sending me an email at: jsheffield@gmail.com.

I hope you enjoy the latest book, and would love to hear from you and/or see pics of you (or loved ones) enjoying these books!

Posted by Jamie Sheffield at 8:45 AM No comments: