I'm nearly done with both my fourth novel, Thunderstruck, and fifth novella, Speaking in Code. Both are Tyler Cunningham stories that follow him as he works his way through the confusing world of violent crime and the human condition (neither of which he really understands, either taken together or separately). 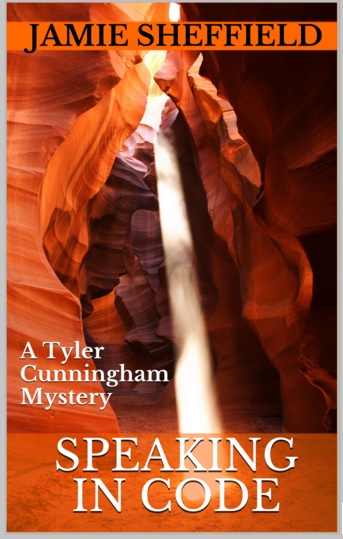 Speaking in Code is just a working title, but I'm nearly done with the story, so we'll see. It picks up shortly after Between the Carries leaves off, and follows Tyler and Hope dodging winter via a trip out west. Not surprisingly, Tyler stumbles upon some violent crime, along with a reason to solve it. It should be out in mid-December. 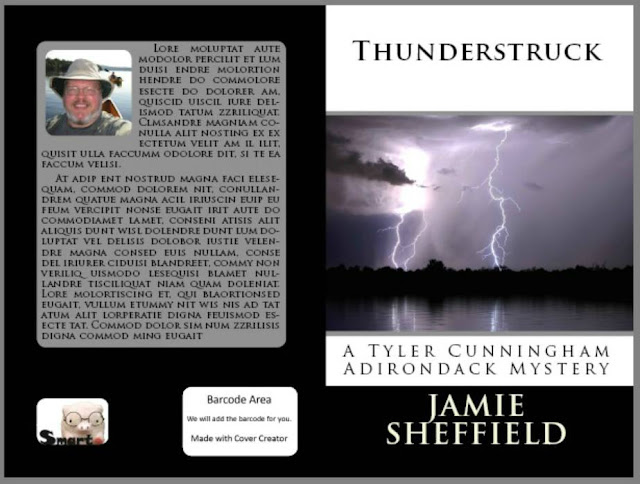 Thunderstruck is the fourth novel in the Tyler Cunningham series of Adirondack Mysteries. Tyler gets pulled into an unexpected adventure, along with the usual cast of characters, and bad things happen. It should come out in January of 2016.

I've had fun the last four years exploring the mind of Tyler and the other people that live in his world, but after the release of these stories, I'll be taking a break from Tyler for a while ... I'm working on some short pieces for a couple of anthologies, and am excitedly making preparations for a high fantasy novel that I'll begin serious work on next summer.

I hope you enjoy these stories when they come out!

Jamie
Posted by Jamie Sheffield at 2:02 PM No comments: