Sitting down to write a first draft

I'm about ready to start typing.

I've been prepping for writing my next novel, "Oasis" for a while, and it's working. My head is full of story and characters and conflict and the world in which the story will take place. 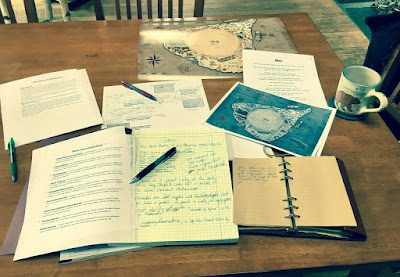 There's a map of the world (more than one, actually), and some geo-biographies about all of the major and minor provinces. I know the twenty first and second tier characters pretty well. The arc of the story is planned out in some detail (I like to signpost major points, and then let the path from point to point write itself with the help of my fingers and the lunatics living in the back of my skull). I have enough coffee on-deck and ready to go to get the Mormon Tabernacle Choir jittery until the end of winter. 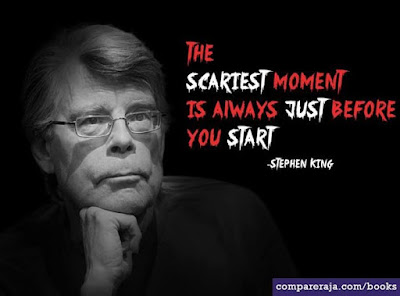 Stephen King was right. I've done it before, but it's still scary ... every time.

I just need to acknowledge that the planning is done, and that the time has come to start flinging words at the wall, in the hope that something worthwhile will stick. 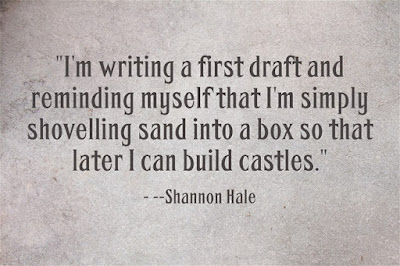 The first draft of any story is rough and ugly and messy, but it allows you to move on to the following steps, in which you hopefully prune and graft and polish your ideas into a book that you can be proud of ... and that people enjoy reading. 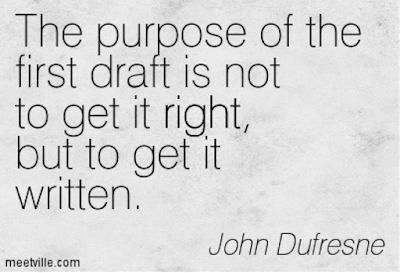 I have to remind myself every time that I'm just letting the story out of my head to play for the first time: that it doesn't need to be perfect, that I can fix it in later iterations, that the worst draft on paper is better than the best story living in my head. 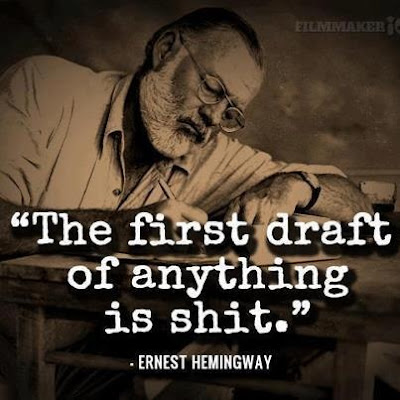 I don't necessarily agree with this sentiment (although who am I to disagree with Ernest?), but I like to think I understand where he was coming from, what he meant, when he said it.

Nobody writes a polished story in one draft.       Nobody.

The best you can hope for is to give a fair approximation of the story, and by exposing it to the light of day, give yourself a chance to keep working on it over time to get it over the finish line. 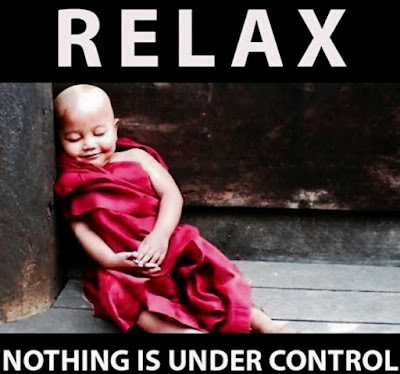 My job over the next several weeks, maybe months (hard to say, I've never written a fantasy novel before), is to relax into the daily chaos of writing, exploring, transcribing, inventing, documenting the adventures of a group of characters I'm still getting to know in a world that nobody has ever visited before.

I'm excited and scared and eager and ready.

Jamie
Posted by Jamie Sheffield at 7:44 AM