I was recently invited to speak with a local book club about my first novel, Here Be Monsters, which they read for their March book. They all had enjoyed the book (which is always a good start) and had some great questions and observations about the story, the series, and maybe most importantly, about Tyler.

A couple of questions came up about why I chose to write the books through Tyler, and why (for the love of God) I wrote him with all of those backslashes and ellipses and parentheticals.

At some level. I'd always known the answers to their questions, but I'd never worked through them out loud, with words, to people, before.

I've spent, or misspent depending on your viewpoint, most of my life reading mysteries; most of them filled with hard-boiled cops and detectives, all of them tougher than $2 steaks and more street-smart than Times Square pigeons. 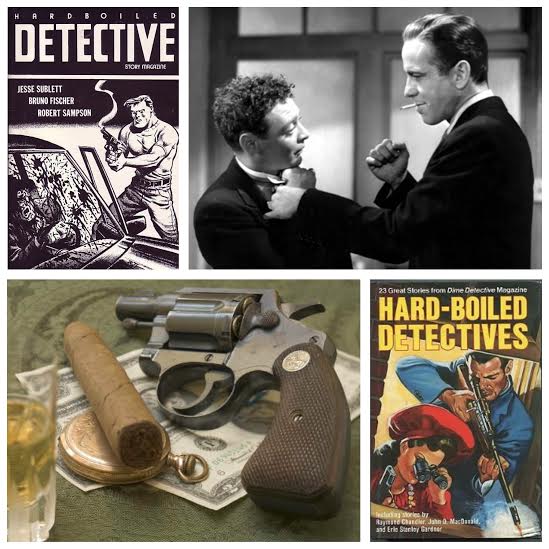 When I was starting to put together plans for my first NaNoWriMo, I did a lot of reading about how to write your novel; one of them said the world had absolutely seen enough hard-boiled detectives. I still like reading this flavor of detective, but it was an epiphanic moment nonetheless.

All at once, in an instant, it came to me that although I wasn't sure I agreed with the article, I didn't want to write my novel with a hard-boiled detective.

I knew, suddenly, that I was going to write the Tyler Cunningham Adirondack Mysteries, a series about a "soft-boiled" detective. 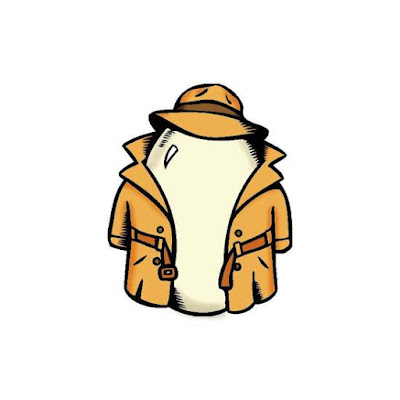 Where detectives like Spenser, Philip Marlowe, Mike Hammer, and Travis McGee bull their way through mysteries, relying on brawn and toughness and knowing their way around the mean streets to get them through another gin-soaked day and night, I wanted something a little different.

I wanted a detective who didn't understand the mean streets, who couldn't take a punch and had never been inside a boxing ring, who would spit-take a lowball of fancy bourbon, but knows his way around Canadian Coke.

Tyler Cunningham wasn't only going to be the opposite of most of the detectives I'd spent my life reading, he was going to be notably, interestingly, and sometimes dangerously different than the other people in the world I was going to build for him.

I'd been working with the most interesting people on Earth for the last two decades as a Special Education teacher, and I knew in a flash that Tyler was neurodivergent.

Once I knew that, I knew that I had to write him in ways that highlighted and communicated that neurodivergence; that's where the backslashes and ellipses and parentheticals came from, and why we've kept using them in all of the Tyler stories to this day.

I didn't just want Tyler to be different, I wanted readers to be forced to climb inside, and do a ride-along with, his differences.

An added benefit of his differences is that although he is quite clever, he will nearly always make the same sort of mistake when it comes to trying to outwit, and even plan for, the bad guys that he runs into during his adventures.

Anyway, that's the story behind the birth of Tyler Cunningham, and the reasoning behind the ways he's been written all of these years.

Posted by Jamie Sheffield at 6:18 PM

Following Tyler on his journeys of discovery is a real treat. I'm the mother of a neuro atypical 45-year-old whose own journey has been a wonderful ride for both of us. He never stops growing; his interests are intense and they change now and then. You've got Tyler perfectly, although I wonder how he's going to survive that diet of Canadian coke and chinese food AND DD.