Short Fiction: "Now is the Winter"

Last fall I worked with a number of author indie authors to produce an anthology of short stories. It was a fun process, and I enjoyed the opportunity to work with them all, and to try my hand at writing something outside of my usual pattern. 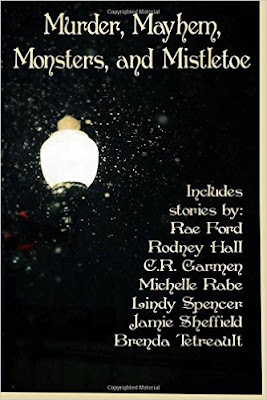 The idea for my story came from a writing themed picture/meme I posted on my FB page: 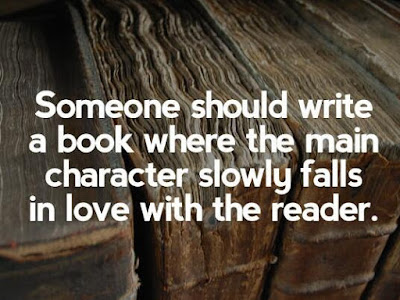 I liked the idea of an interaction between the protagonist and the story in progress and the reader ... and in this way, my desire to write a short piece of metafiction was born. The story was quite different from the stuff I ordinarily write, but the words came freely, and I liked what I ended up.

You can buy the full anthology at Amazon HERE, it's really a fun collection of stories, read the story here (well, a tiny bit further down this blog entry actually) for free, or download it in pdf format from my public DROPBOX folder (also for free).

Now is the Winter

Now is the winter of our disco-tent,
made glorious summer by this son of New York;
and all the clouds that lower’d upon our houses
in the deep bosom of the Atlantic buried.

I saw a few appreciative nods from the ones who’d read The Bard in prep school or college, and as I reached for the next bit, I thought that it would be nice if the rest of the night and the wedding tomorrow could simply be sped through in a pleasant montage.
The rest of the evening was pleasant and as stress free as could be reasonably, or even unreasonably, hoped for with Father present, and Eddie and his best man angry at my speech stealing their thunder a bit. I only had eyes for Pepper, she was by far the loveliest, sexiest woman in the room, and she only had eyes for me, as we danced deep into the next morning. The rest of the crowd faded first from our view, and then actually faded from the tent, until there was only us and a yawning DJ who remained long after everyone else, spinning a perfect web of music for us to dance within. We fell into bed as the sun crept over the horizon, napped until just before the wedding, had a fabulous time with each other and with the wonderful people we met at the reception, who seemed more lively and interesting and fun than any of Eddie’s friends normally did. We had no problems with Father or Eddie all day. Pepper and I again collapsed into the huge bed in our suite, drunk on life and love (or sex and lust and something maybe a little bit more), in a sea of warm skin, teasing/stroking hands, and happiness to the horizons.
I woke the next morning alone, terrified in those first instants of gently hungover muzziness that it had all been a dream, and that it was the afternoon before the rehearsal dinner (which would be a distinct possibility if Father, and not me, had been working on the rewrites of my life story). Then I heard Pepper singing in the bathroom, and knew that everything would be okay … not okay, wonderful.
“Crazy,” she sang, the words pulling me out of bed and into the shower, “for thinking that my love could hold you … Lord God, Richie, I didn’t even hear you.”
“We’ve got to save water, Pepper,” I said, reaching for the loofah and bath gel. “I understand Bermuda depends largely on rainwater for their supply.”
We fell giggling into bed twenty minutes later, having very narrowly avoided breaking Pepper’s rules about sex in the shower, and spent a slow and relaxed and comfortable and leisurely hour of lovemaking; by now we each knew how to touch and kiss the other for maximum effect, and affect, it was delight.
“I can drive you to the airport this afternoon, and return the car for you, Richie,” she said, looking away towards the open window and the emerald sea we could smell beyond it. “It’s been a fun few days. I’m glad that you seem to have decided not to kill your family, I’ll miss you, and them, even.”
“That would be great, I’m not looking forward to driving that wrong side car on the wrong side roads again,” I said, starting to respond to her statements as though they were questions. “They’ve been the best days and hours and minutes and seconds of my life, Pepper Divinity. When it comes to my family, I’ve decided both to leave them alone, and to leave them entirely, entirely thanks to you, my dear.”
“But as to the last, sweetness-heart,” I said, kissing my way down her spine to that glorious, world-class, ass, “I have to confess that I won’t miss you a bit.”
She turned quickly at this, leaving me with a chin full of pubis, and her startled and sweetly sad expression (two and a half feet north of my current position).
“I won’t miss you, because I’m not leaving you … here, or anywhere,” I said. “This is my fucking story, and I don’t know how the writer wrote it, or what the reader wants to read, but I’m riding off with you in that Delta 737 to the cold and grey slushiness of New York in February. I’m taking you away from all of this hot sun and pink sand and good money, and giving you the chance to chuck all of that for a hunting cabin up in the Catskills that Great Grandfather built, and Cecily left me.”
“It’ll never work,” she said, in a voice that betrayed her desire to be proven, or at least convinced that she was, wrong. “We’re too different. I live in paradise, you’ll be poor, I’m a two-stripper-name ‘date’, and you’re probably Richard ‘something fancy’ Gloucester, the 17th.”
“Richard Broderick Gloucester, the 3rd, actually,” I said. “But I don’t give a shit about any of that because it’s my story, and I know how I want it to end. I want to spend another couple of hours in bed with you and a couple bottles of champagne. I want to race to the airport so late that we can’t possibly make it onto our flight, but somehow do. I want to rejoin the mile-high club in the first-class bathroom, and then skate through customs and security in the airport without hassle, without even having to take off my fucking shoes.”
Pepper looked me in the eyes for the longest ten seconds ever to pass in Bermuda, before reaching across to order the champagne from room service (along with some strawberries and chocolate sauce and whipped cream and a ginger root and paring knife … oh my).
The rest of the day went just as I had hoped/rewritten, faithful reader (thank you, faithful and patient writer). We’re adjusting to life in my adjusted story, and absolutely cannot wait to live the next chapter.
Not quite the end … the other shoe

Thanks for reading - Jamie

Posted by Jamie Sheffield at 9:50 AM