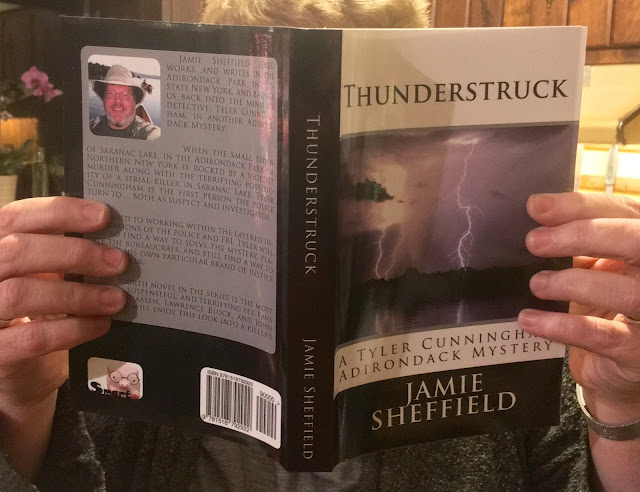 The fourth novel in the Tyler Cunningham Adirondack Mystery series is just about ready to go live, Gail and I have been giving it a final read-through to make sure it is exactly the book we want it to be when people get their copies to read/enjoy.

It should be available worldwide in the next week or so.

Going through it again has given me a chance to get to know it, and Tyler again from a fresh perspective ... and I really love it!

I spent some time last winter, and have already spent a couple of productive sessions this winter, at Whiteface ... writing and reading and enhancing my talent for ignoring large groups of noisy people.

Today I've been working on a story ... really a triptych of stories linked around a common theme and elements, and was able to finish a first draft of the first part.

I'll post and tweet and such when Thunderstruck is available ... I want it out as least as much as you do. ;)

Posted by Jamie Sheffield at 12:26 PM