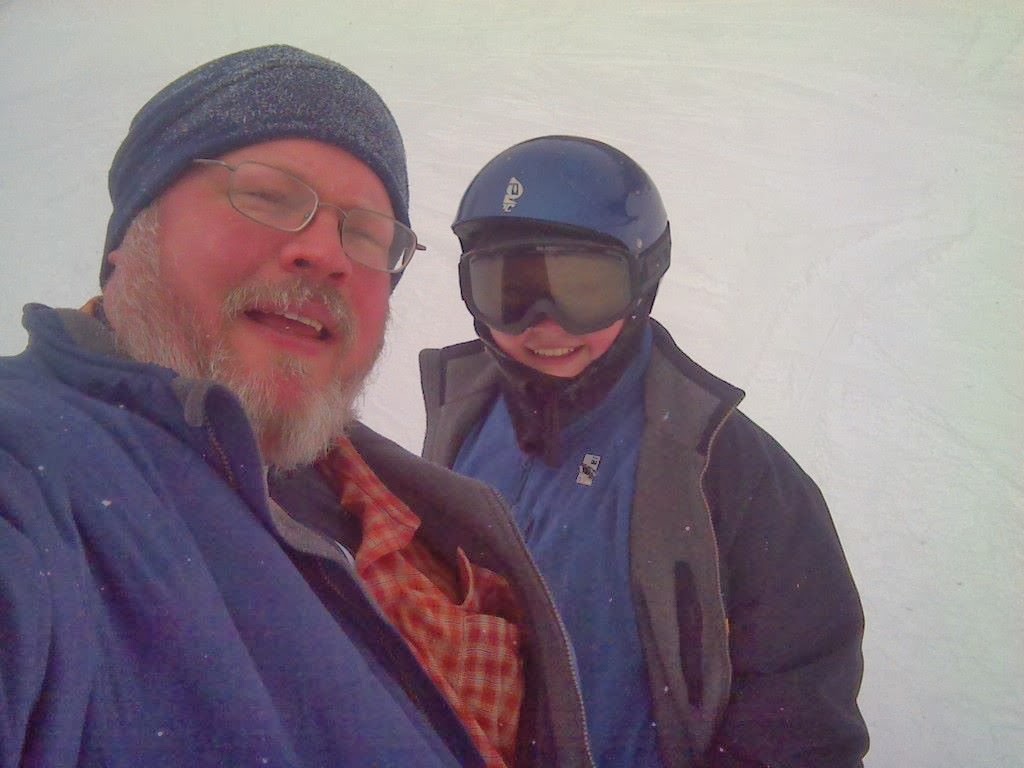 Not mine ... my son's actually, but I took the day off anyway to do some skiing with him at Whiteface Mountain. We got here when the lifts opened, and skied for a while before a friend of his arrived.

They're way better than me, so after a pity-run together, I sent them on their way, and after a few additional runs, I de-booted and found a nice spot in the lodge to write. We met for lunch, and they've been out on the slopes for the last few hours while I've been writing.

I'm still pretty new to writing in such a public and crowded and noisy place, but I'm getting better at it (as opposed to my usual writing sessions, which find me cloistered in the woods, shushing the occasional bid or squirrel).

I gained some ground in the next Tyler Cunningham novella, which should be out sometime in the beginning of April if things keep moving along as they have been.

I signed up for the July 2014 Camp NaNoWriMo, setting a goal of 75k, and soft-committing to a title and synopsis of the next book.

I was able to do some research for the next novel, and reach out to a couple of SME's I will need to consult with if I hope to avoid looking like a muttonhead (which I try to do when possible).

I organized some ideas and notes that I have for the serial fiction project I'm going to start soon, hopefully in April.

I'm in the second day of a giveaway of a pair of Tyler Cunningham novellas, "Mickey Slips" and "Bound for Home" ... so far, I've given a bit more than 4,000 free copies of these novellas (I'm hoping this will generate some reviews, as well as people coming back willing to pay for the novels).

It seems to also be driving people to my Amazon page, because I've sold a couple of dozen copies of "Here Be Monsters" and "Caretakers" ... hooray for unanticipated benefits of seemingly stupid things indie authors do.

Thanks for checking in!

Posted by Jamie Sheffield at 2:41 PM